APW member Rebecca Goodrich took first place honors in the NFPW Communication Contest! Her award was announced at the awards ceremony at the NFPW 2022 Convention in Fargo, North Dakota. Rebecca won first place in the At-large contest and her entry went on to the national level where she placed first in her category.

Her entry, “Saving My Soul from Scientology” won first in the Chapter in a Book category. Her story appeared in Cirque: A Literary Journal for the North Pacific Rim, Vol 11, No. 2. We are very proud of Rebecca! Congratulations!

From Teri Ehresman, Contest Director: “You have an outstanding number of winners again this year in the NFPW at-large communications contest.”

Congratulations to all! First place winners in their category move onto the national contest.

Arizona Professional Writers:
It’s member share time! What have you been working on? Any challenges? Any victories? Let’s share.
Connie Cockrell is inviting you to a scheduled Zoom meeting. Open to members and non-members.
CONTACT: Conniecockrell@gmail.com if you did not receive the link.
January 15, 2021

Susan Clare Anderson to give talk

APW member Susan Clare Anderson will be featured on the first episode of the Local Author Talk Series provided by the Scottsdale Public Library on Friday, January 22. She’ll be presenting her new book Everything, which will be available on the library’s Facebook, Twitter and Instagram platforms. You can follow these social medias at the Scottsdale Library website- https://www.scottsdalelibrary.org . Also, be sure to tune in on Friday, January 15 at 6:30 pm the Local Author Book Talk on the Libraries YouTube channel. If you would like to show your support, you can even leave a “Like!”

The Local Authors Book Talk team has also created a separate trailer for the program each month.  The trailer for the program in January is available now on library social media – Facebook , (https://www.facebook.com/ScottsdalePublicLibrary/videos/156409235951926), Twitter, and Instagram.  You can also follow us on these social media at our website https://www.scottsdalelibrary.org/ by clicking the links are at the bottom of the home page.

Viewers can find a link to the actual program at the event page of the library website ( https://scottsdale.libnet.info/event/4681273  ). The link may not be available till the date and time of the program. 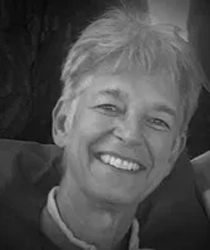 APW member Wynne Brown has been invited to participate in the Pima Library Foundation’s Author Salon about her work on the Sara Lemmon Project. “On the Road to Mount Lemmon …” will take place via Zoom Thursday, January 14, at 4 p.m. “Seating” is limited, so be sure to register early. It’ll be a one-time opportunity as the Foundation will not be recording the event.

See the entire announcement here.  Use this link to register.

Congratulations, Wynne. This promises to be a fascinating interview! 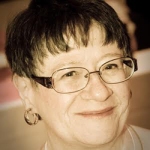 In the Spotlight: Nancy Pellegrini 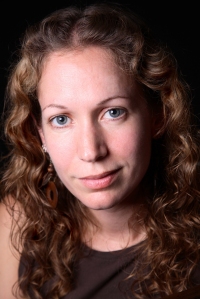 A member of PEN (Professional Editors Network), Nancy Pellegrini, who spoke at the December 14, 2019 Central Chapter meeting, was featured in their June 2020 PEN Networking News.

Originally from Long Island, New York, Nancy Pellegrini lived in England, Ireland, and South Korea before spending 18 years in Beijing, China. For more than 15 years, she was the stage editor and writer for Time Out Beijing and Time Out Shanghai magazines; she also edited United Nations policy papers and has written and edited for Penguin Books. She started regular editing in 2011 and today runs Nancy Pellegrini Editorial Solutions, LLC, a writing and editing services company. She lives in Phoenix with her fiancé (COVID-19 postponed the wedding a year) and their three cats.

Read the rest of the Nancy Pelegrini PEN spotlight 6-20 interview here as Nancy talks more about editing, what it entails and how it fits into her life. Very interesting is how travel contrasts with her normal life! 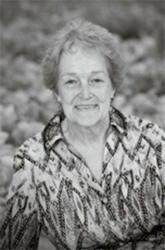 Long time APW member Helen Cornell passed away June 20, 2020. She was president of APW in 1980. In 1994 she was APWs nominee for the NFPW Communicator of Achievement Award. The Communicator of Achievement (COA) award is the highest honor bestowed by NFPW upon those members who have distinguished themselves within and beyond their field. Nominees are chosen for exceptional achievement in the communications field, as well as service to NFPW, the affiliate organization and the community.

A Memorial Service will be held later in the summer to celebrate her life. Anyone who is interested in receiving an update on this email her daughter, Kathy Hanrahan, at kchanrahan@yahoo.com

You can read her obituary at Legacy.com. 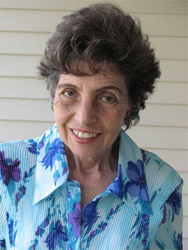 Carol Gail Osman Brown 78, of Payson, AZ, passed away peacefully on Friday, March 6, 2020, in Los Angeles, CA with her sons by her side. Carol was preceded in death by her husband James Carrington Brown III (Bing) on Friday, May 31, 2019, in Phoenix, AZ. Carol and Bing are survived by their two sons, James Carrington Brown IV (Jim) and Bryan Lee Brown, wife Ronda Doyle and grandson, Asa of Los Angeles, CA and extended family. Carol was preceded in death by her parents Sidney A. and Natalie Constance (Charipper) Osman.

Carol was born in Schenectady, New York on September 28, 1941, to Sid and Natalie Osman. Carol and her parents lived in New York City as a child but due to her severe asthma, moved to AZ and settled in Phoenix, Arizona around 1949.

Carol and Bing met while they were summer camp counselors in Prescott, AZ and were later married on November 3, 1961, in Phoenix, AZ. Both Carol and Bing were longtime residents of Phoenix and then Payson AZ where they both were intricately involved in the journalism community.

An award-winning journalist, Carol was a strong advocate of children’s literacy programs. Her long-term leadership involvement with Arizona Press Women (now Arizona Professional Writers) allowed her to spearhead the very successful annual Payson Book Festival featuring Arizona authors from throughout the state and is held in July in Payson, AZ. Proceeds support a variety of children’s literacy programs.

During her career, Carol drew public attention to other causes including historic preservation, education, health, Native American and women’s issues. She wrote for The Phoenix Gazette and Arizona Republic newspapers and taught journalism classes at her alma mater Arizona State University and Rio Salado College.

Her articles and photographs have appeared in numerous publications including Arizona Highways, Native Peoples, and Sunset magazines as well as publications of the United States Information Agency. She also worked for Associated Press and United Press International wire services.

She received a variety of awards throughout her 50-year career from organizations including the National Federation of Press Women, The Arizona Newspapers Association, the Public Relations Society of America, and Women in Communications.

Carol and her husband, Bing were a powerhouse couple in their community. They formed Carrington Communications LLC and worked as a team on writing projects that took them long distances throughout the United States, China, Mexico, Costa Rica, Africa, Australia, Europe and Canada. They were active on the Beaver Valley Water District board and the Arizona Association of Professional Writers.

Carol was born with severe Asthma and fought her lung disease her entire life. A lifelong commitment to researching her own medical condition, including using holistic medicine as a key component, enabled her to live a full, vibrant, and very productive life.

Due to the current Coronavirus (COVID-19), a Celebrations of Life will be held in Beaver Valley, AZ (Payson) and in Phoenix, AZ at a later date.

In lieu of flowers, donations may be made to the Payson Book Festival, Inc. or the charity of your choice.

See the home page of the Payson Book Festival website for details if you would like to donate to their children’s programs and literacy projects.