Bing was born in Wilmington, Delaware and the family moved to Prescott, AZ on July 4, 1945. Bing began his career as a teen DJ with a Prescott radio station. He was a reporter with the Prescott Courier, before joining the newsroom staff of the Phoenix Gazette in 1961, where he later served as business editor. A graduate of Arizona State University (ASU), he joined the media and information department of Salt River Project in 1965 and worked there for nearly 25 years in various management roles prior to becoming an information officer for the City of Phoenix Water Services Department. He was an adjunct professor at ASU’s Walter Cronkite School of Journalism and taught writing and business courses at Rio Salado Community College. Bing was president and co-owner of Carrington Communications, a public relations firm. His articles and photographs were published in Sunset, Westways, Arizona Highways and many other magazines and newspapers.

Recognized for giving his time and talents to community groups, Bing received many awards, including ones from the Boy Scouts of America, Western Coalition of Arid States, Recordings for the Blind, Nature Conservancy and the Heard Museum. After moving to Payson in 2001, Bing raised funds to help the Northern Gila County Museum to build a replica of the original Zane Grey cabin. He worked as a docent in the cabin for many years, enjoyed singing with the Payson Choral Society and helped start the Payson Book Festival.

A celebration of Bing’s life will be held at 10 a.m. on August 24, 2019, at the Community Presbyterian Church, 800 W. Main Street in Payson. In lieu of flowers, memorial donations may be made to the Humane Society of Central Arizona or the scholarship fund of the Payson Choral Society.

Beverly Raphael Konik, owner of Write Visions Communications, worked as a free-lance writer. She served for more than a decade as state treasurer of Arizona Professional Writers (APW) and was in this capacity on the APW State Board of Directors until her death on Nov. 6, 2017. Bev passed away in her sleep after battling cancer for a brief time. She enjoyed friendships with many APW members who appreciated her quick wit, great sense of humor and compassion for others.

Bev joined APW in 1995 and also was a member of the National Federation of Press Women. A respected freelance writer, she used her strong writing, organization and research skills as a volunteer working on many APW projects. These included APW high school student scholarships, educational programs for journalists and organizing state conferences. Bev was an avid reader with a strong curiosity and love of travel. She delighted in meeting authors and helped secure grants for the Payson Book Festival, an APW literacy project.

Born Dec. 28, 1938 in Pittsburg, PA, Bev came to Arizona in 1975. She worked for the State of AZ in labor relations where she helped resolve conflicts and then worked for the City of Phoenix for more than 15 years.before retiring in 1996 to take care of her father. She was a community activist who mentored youth and helped promote positive changes in education, environment, wildlife and social issues.

If you have memories or photos to share, you can send them to the APW Facebook page and to an email address established by the family: bevsmemorial2017@gmail.com .

Editor Lynda Exley’s last issue – the April 2017 TypeRider is here. Find news about upcoming events including Rim Country’s April 19 meeting. Betty Webb talks about writer’s block in her column. And check the calendar for the many events coming up this month.

We are looking for a new editor. We appreciate all of Lynda’s hard work in producing an award-winning newsletter each month. 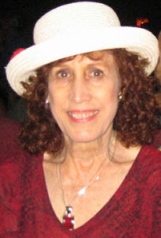 Patricia Myers, long-time APW member, passed away on Thursday, February 2. Readers of the TypeRider will be familiar with her Paris Journal, reports from her summer months spent in the city she loved. She was a jazz aficionado and was involved in writing about it and letting people know about jazz events.

From her obituary at AZCentral.com, “Myers’ column, “RIFFS: News from Out and About,” won several Arizona Professional Writers Awards, as did many of her reviews. She also maintained what Goldenthal call the “bible” of listings of live jazz in Arizona.” She wrote that column for 45 years.

Patricia was active in APW, serving as president, winner of the Communicator of Achievement award and assisted with publicity.

Jacquelyn Staats Cobbledick, 91, journalist and former president of APW, died December 20, 2016 in Tucson. Born in 1925 in Wheeling, WV to Edna Morford Staats and Paul Staats, Jackie was predeceased by her husband of 68 years, William Gordon (Bill) Cobbledick. She is survived by sons, Daniel W. Cobbledick (Sheila Wilensky) and Keith G. Cobbledick, of Tucson, and daughter, Beth Kane, of Catalina. She is also survived by grandson, Fenix (aka Connor) Cobbledick, of Philadelphia, and brother-in-law, Dorn Cobbledick of Chagrin Falls, Ohio.

Jackie and Bill met when she was nine and he was 10 in Russell Township, near Chagrin Falls, Ohio. An Ohio Wesleyan University journalism graduate, Jackie wrote ad copy for WREO radio in Ashtabula, Ohio, then was city editor for the Star Beacon newspaper in Ashtabula. In 1969 she moved to Tucson with her family, where she became associate director of the University of Arizona News Bureau. After earning her master’s in journalism, she was an assistant professor of journalism at the UA. She retired in 2008 from the Arizona Daily Star, where she served for years as a city editor. She couldn’t resist marking up almost every publication she read with a red pen! Jackie and Bill enjoyed camping and traveling all over the western U.S. She was well-known for her loving kindness and honesty. No one could ask for a better mom, and we will miss her very much.

No services were held.

A nice article appeared in the Arizona Daily Star about Jackie.

Marion Peddle, a freelance writer and photographer who specialized in history and travel writing, died early Christmas morning, 2016, in Bremmerton,WA due to complications from hip surgery. She came to Arizona in 1970. A relative by marriage of Thelma Bonney Hal Towle, a  founding member of Arizona Press Women, Marion kept that heritage alive, serving as APW state president for three years and as communications contest chairman for eleven years. Her interest in preserving the state’s pioneer history found her serving nine years on the board of directors for Pioneer Arizona Living History Museum and the Pioneer Arizona Foundation. Marion retired from working in the communication field with the city of Phoenix. She has had her writing and photography published in such magazines as AAA Arizona Highroads.

The family plans services on Jan. 16, which would have been the 57th wedding anniversary of Marion and Bob Peddle, an Air Force veteran who died in 2006.

Daughter Anne Lange writes, ” We respectfully request that in lieu of flowers any memorial donations be made to the Arizona Press Women scholarship fund in her name.” 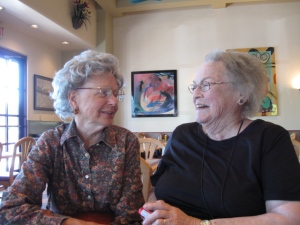 Cards can be mailed to APW treasurer, Beverly Konik, 4132 W. Kaler Drive, Phoenix, AZ  85051. She will pass the cards on to Marion’s daughter.

Please send any photos you have of Marion or memories to Lynda Exley for the next issue of the TypeRider.

The April, 2016 issue of TypeRider is here. As usual, it is loaded with articles and upcoming writing events. Find summaries of past district programs and descriptions of upcoming ones. The Payson Book Festival is on track for July 23 and you can find out how to participate. You’ll want to read Betty Webb’s article, “Me and My Shadow Self,” and how to make your writing more appealing to the reader. Improve your craft by marking and attending some of the many events listed in the Calendar section that will be offered this spring.

Read the December, 2015 issue of TypeRider is here. Editor Lynda Exley has done another fine job of sharing our news! Look for information about the district holiday parties. You’ll find reports on meetings plus all sorts of writing events coming up. And, for state-only members, your application for renewal (or to join) is on the last page. Print it out and mail it and your check as instructed. NFPW/AZ members can renew online or see “Join” under the About tab for a form and instructions.

Read the information-packed November, 2015 issue of the TypeRider. Lots going on in the districts and many writing events coming up. Catch up with members too. Thanks, Lynda Exley, our hard working editor, for another great issue!

You won’t want to miss the April, 2015 TypeRider! It’s full of news about recent happenings throughout the state and about upcoming events. There are a number of Western-themed events coming up highlighted in this issue: a tour of the new Museum of the West in Scottsdale, the Southern District’s “Writing the West” lunch and talk, plus information about the Arizona History Convention held this year in Tucson at the end of the month. And, there is so much more!